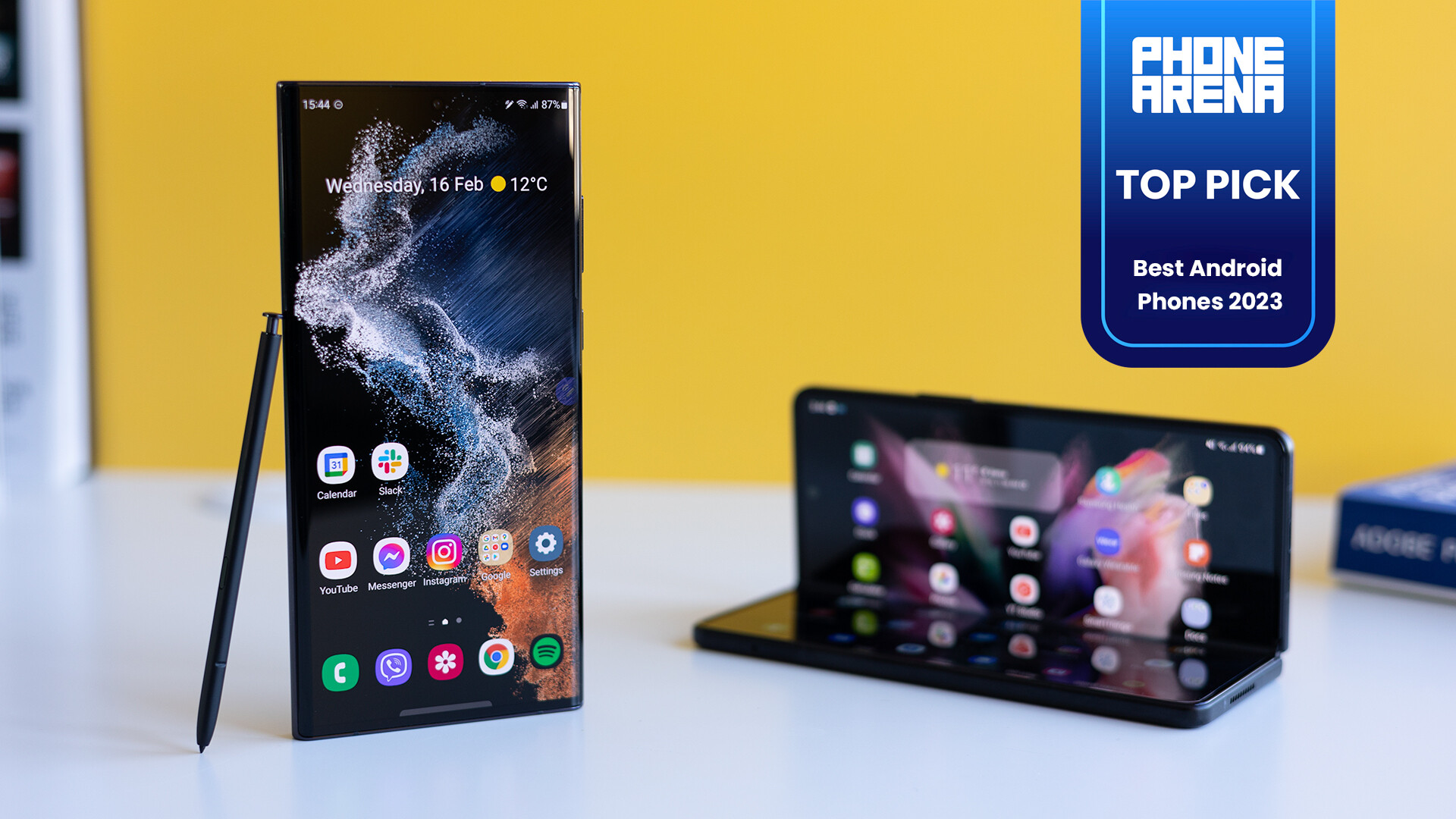 These two are almost the same phone. The S21 is there for those that prefer a more compact experience (though, it’s not really small) or would like to save an extra buck. Its only downside is that it has a plastic back. Otherwise it has the same internals as the S21+ and S21 Ultra, as well as the same camera as the S21+.

The Plus version is slightly bigger and has that proper glass back. Its screen size is almost as big as on the Ultra, so if you want that big Samsung phone experience but don’t care for the Ultra’s insane 100x camera, this one is your next best bet.

While the S21 and S21+ cameras are a step below the S21 Ultra’s, they are still quite good. The phones perform just as fast as their big sibling and also have 120 Hz displays.

Google’s Pixel 6 is a few bells and whistles short of what the Pixel 6 Pro has, but it’s still not to be underestimated. In fact, at its core, it’s still powered by the same Tensor chip as the Pro and it still has the same 50 MP main camera. The OLED screen is only slightly smaller, at 6.4 inches, but still plenty big for most multimedia or social browsing needs. And the display still has a 90 Hz screen, which we appreciate very much, especially at the price point.

Oh, yeah, about the price. The Google Pixel 6 starts at $600, which seriously undercuts most of its competitors. Considering that, at its core, the Pixel 6 is still the very same flagship that the Pixel 6 Pro is, that’s an insanely good offer from Google, and we wouldn’t be surprised if we start seeing more people with the Pixel 6 walking the streets soon.

Gaming phones are a bit of a meme, but it’s nice to see Asus fully embracing it. The ROG Phone 5 Ultimate has an aggressive-looking design, a tiny screen on the back whose sole purpose is to display custom logos, and 4 hardware pressure point buttons for enhanced gaming. It wouldn’t be a “gaming phone” if it didn’t have absolutely silly specs, too, and the ROG Phone 5 Ultimate delivers. 18 GB of RAM on a smartphone? 144 Hz screen? External cooler that you need to connect to the phone via a proprietary port? Yes, yes, and how else would you have it?

It’s a niche phone, absolutely, but it’s hard to keep it away from a “best” selection. After all, it is probably the (or among the) most powerful Android phones out on the market right now. Even if you don’t need all the power — you definitely get the bragging rights.

If the ROG Phone 5 Ultimate is a bit too much for you, go for the non-Ultimate version. It’s just as good, it just cuts back on all of that overhead that you may or may not need.

The OnePlus 9 Pro is the best smartphone OnePlus has put out thus far. It has an excellent camera designed in partnership with Hasselblad, a big, gorgeous, 120 Hz AMOLED screen, superb performance and blazing fast wired and wireless charging. With its charger it can top up from zero to 100% in just 30 minutes, and even if wirelessly charging with OnePlus’ newest 50W wireless charger, it will be at 100% in just 43 minutes.

Finally, a high-tier LG phone that has an actual name — unlike the G series and V series which were rather confusing for newcomers. The Velvet name was picked to signify how smooth and elegant the phone looks and feels, according to LG.

That aside, the LG Velvet aims to be competitive and comes at a lower price than your conventional top-tier smartphone. To achieve this, the company cut down on the processing power inside the phone, but it still made it look like a shiny jewel and focused on improving its camera performance.

And yes, you’ve heard right — LG has quit the smartphone business. This means two things — one, you shouldn’t expect much support for your Velvet post-purchase. But two — you can find them for pretty cheap right now! Like, about $300.

The Google Pixel 5a is not really a successor of last year’s Pixel 5. Yes, it kind of looks like it, but it’s nowhere near as compact. We would treat it more as a “Pixel 6 lite lite” than an actual “Pixel 5.1”. Not confusing at all, right?

In any case, the Pixel 5a has pretty respectable specs — Snapdragon 765G, 6 GB of RAM, and 128 GB of storage. Sure, it’s nowhere near as smart as the Pixel 6 with its Tensor brain, but at least it has the same image processing algorithms to boost that camera performance. And Google’s Android runs snappy on Google phones, so that processor isn’t a huge disadvantage.

The Pixel 5a is priced at $450, which is a pretty fair asking price, considering its great performance and pretty good camera. Though, if you can make an extra push to get a Pixel 6, you should probably do that.

The Samsung Galaxy A52 offers most of what’s great about flagship Samsung phones for a lower price. Unless top-of-the-line features and specs are absolutely needed, this is arguably the perfect Android smartphone for most people, as it should check the necessary boxes for all but the most hardcore Android users.

It sports a big, beautiful 90Hz AMOLED display, a respectable camera setup with optical image stabilization, good stereo speakers and a headphone jack. Its downsides are its somewhat bulky plastic build and, as is to be expected, its midrange performance.

OnePlus’ attempt at a mid-ranger should have the competition scared — the company is well-known for its aggressive pricing and the Nord N10 is definitely a lot of phone for its $300 asking price. It may have midrange hardware, but the lightweight OxygenOS doesn’t hog up all your resources, so it’s still quite responsive.

Its camera is decent at best and it has an oldschool LCD screen, instead of OLED, but if you are looking for something on the cheaper side, the N10 is a solid option.

Motorola is also known for its rather well-made budget phones. The One Ace ticks the right boxes in terms of having OK performance and serviceable main camera. It truly shines when it comes to battery life, easily providing two days of usage on one charge.