Alberta is one of Canada’s western provinces that is home to both a diverse population and a world – renowned landscape of lakes, forest, prairies, Rocky Mountains – including glaciers, and badlands scenery. With five national parks, over 100 provincial (and wildland provincial) parks along with six UNESCO sites, there is plenty to see and explore. After living in the province for over 10 years, I am still discovering interesting facts about Alberta – many of which lead to travel.

After co-authoring the book, 125 Nature Hot Spots in Alberta, I can also tell you that Alberta is a nature lover’s destination. Join my husband John as he showcases over 50 fun facts about Alberta.

#2 – Wood Buffalo National Park is in both Alberta and the NWT and is one of the largest land parks on the planet. Notice the word land, as there are some crazy big marine parks.

#4 – Dinosaur Provincial Park where it shouldn’t surprise you if you come across a dinosaur bone or fish bit emerging from the badlands outcrops.

#5 – Head-Smashed-In Buffalo Jump (this is not a word salad, it’s a real name!) where Indigenous peoples drove buffalo over a cliff and recovered the buffalo bodies below.

#6 – The latest edition is Writing-on-Stone Provincial Park. It was designated because “the park demonstrates recognition and respect towards the Blackfoot and other First Nations by highlighting its global cultural significance.”

Glaciers and other interesting natural things to see

Interesting facts about Alberta with regards to wildlife

People and history of Alberta

1916 – Women were first granted the right to vote in Manitoba, Saskatchewan and Alberta.

1916 –Emily Murphy was appointed the first female judge in the British Commonwealth.

1917 – The first women in the entire British Empire to be elected to a legislature were here in Alberta: Louise McKinney and Roberta MacAdams – no relation.

Further reading about interesting facts in other provinces

This guest post was kindly written by my husband, John McAdam. 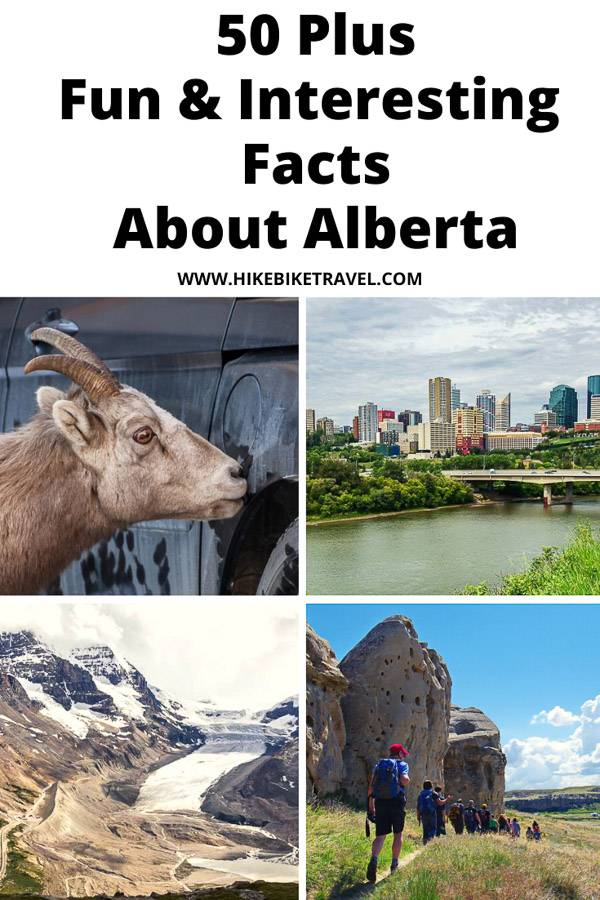